​​​The novel, set in 1983-4, deals with academic, personal and romantic relationships between members of staff in the new University of Stedborough. It focuses on the development by a young physicist of a Theory of Human Consciousness. Premature disclosure of his ideas leads to a financially attractive offer of collaboration from an American Creationist Church. The offer causes serious ethical disagreements within the University, and provokes a student demonstration. On the way to a crucial meeting to decide the issue, the key protagonist of the proposal is killed in an apparently unexplained accident.

​​​As a boy, I travelled to school for five years on the London Underground. When I was not reading Shelley's Poetry or Partington's Chemistry, I gazed at the names on the Underground map. Eventually, various station names began to suggest names of people.

Sixty-five years later, I have used these names for characters in my novel, which is based on life in a modern University.

Roy Chisholm was a Scholar at Highgate School and at Christ's College Cambridge, where he graduated with a First in Mathematics and then gained a Doctorate in Elementary Particle Theory. He was appointed Research Fellow in Physics at Glasgow and then was Lecturer and Senior Lecturer in Mathematics at Cardiff, followed by four peripatetic years at CERN in Geneva, as Professor at Trinity College Dublin, and at Texas A&M and Stanford Universities in the USA. He was then appointed Professor of Applied Mathematics at the new University of Kent, where he worked until his retirement in 1994, and where he is now Emeritus Professor.
​ 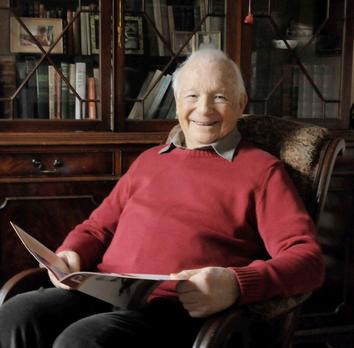 ​
WHERE CAN YOU BUY THE BOOK?

Go to iTunes and search for Changing Stations in the books section.

Go to www.amazon.co.uk/kindle and search for Changing Stations.